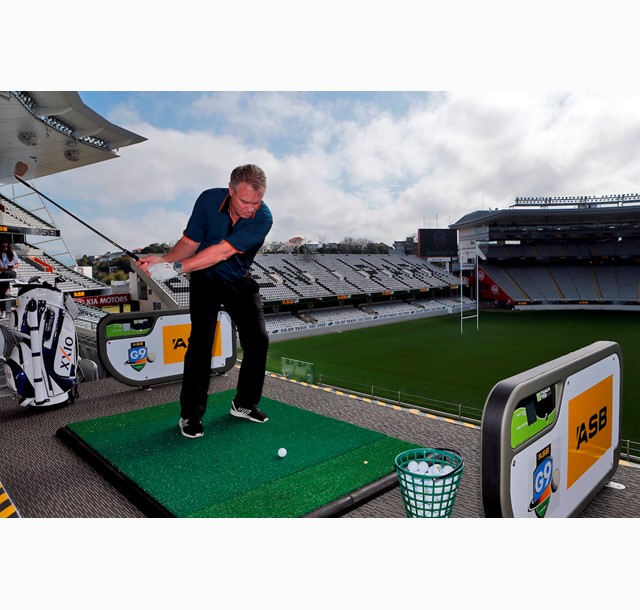 Unprecedented demand means the event, originally scheduled for 1 to 5 November, will be extended by three days until 8 November, giving more people the opportunity to tee off from nine different locations around Eden Park.

A highlight for everyone taking part - golf enthusiasts or not - will be bonus longest putt competition, which takes place in the in the revered home team changing room.

The eight-day competition will see registered teams of four given 90 minutes to make their way around the nine-hole, in-stadium course. Team scores will be tallied based on how close each ball gets to the corresponding hole.

A range of prizes will be on offer to players who sink a hole in one - including winning a Kia vehicle to use for nine weeks.

"Both newcomers and season campaigners have shown a great deal of interest and we are proud to be able to extend this unique opportunity to more fans of Eden Park."

"We look forward to helping more people create their own memorable sporting moments and welcoming them to the Jameson Clubhouse at the end of their round."

Those playing on Tuesday, 7 November won't even have to miss the Melbourne Cup race, as it will be broadcast in the Jameson Clubhouse for ASB G9 players to enjoy before or after their round.

New Zealand Golf, through its Love Golf brand, is proud to be on board as an event partner.

New Zealand Golf CEO Dean Murphy is excited to be part of the event.

"We are always looking for new ways to grow the game of golf in New Zealand and this concept created by Eden Park shows golf in a fun and unique way.

"The ASB G9 event is also very accessible which will hopefully lead to many new players picking up a golf club, some for the first time, and where better to do so than on Eden Park?"