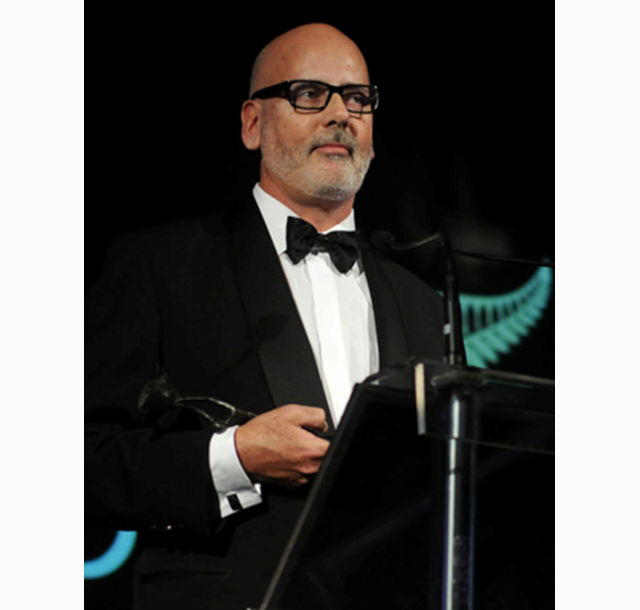 The city around him was devastated, one of his staff members was dead and others were trapped, and yet 15 hours after the deadly February 22, 2011 earthquake, newspaper editor Andrew Holden ensured The Press would appear on the broken streets of Christchurch.

For his efforts to ensure Cantabrians were fully apprised of the events and aftermath of that terrible day, Andrew Holden has received the Friend of New Zealand award in the 2013 World Class New Zealand Awards.

The Awards, delivered by Kea on behalf of New Zealand Trade and Enterprise, were presented at a gala dinner in Auckland tonight. The Friend of New Zealand award, sponsored by ANZ, Kea's global banking partner, is given to a non-Kiwi who has made an exceptional contribution to the country.

Melbourne-born Andrew certainly fits that criterion, according to John Stace, chair of judges and Kea Global board member.

"Andrew would have been well within his rights to stay home after he had ensured his partner and six month old baby were alive and well, but with incredible grit he drove back into the mayhem," John says.

"With much of the city's infrastructure gone and people desperate for information, Andrew instinctively understood that a newspaper is a special kind of anchor in a crisis - and made sure it would fulfil that duty to citizens of the city.  The next morning it came out, same as usual - belying the enormous effort required by Andrew and his staff to keep publishing."

That effort saw The Press team having to grapple with old school technology - the only type that withstood the quakes - in order to put out a paper.  The company's printing press in Harewood was still operating, so using that location as a base, IT staff built a network from scratch while reporters on a handful of laptops emailed their stories, images and videos online.

In just 15 hours, The Press was back in business.

Andrew, who began his long career in newspapers as a paperboy, arrived in Christchurch in 2001, and has since returned to his home town Melbourne to take up the role of Editor-in-Chief of The Age.

Also announced at the gala dinner was the Supreme Award which went to Sir Don McKinnon for his world class public service career. Sir Don has been Secretary General of the Commonwealth, dealing with crises in places like Zimbabwe, Fiji and Pakistan. He was a Nobel Peace Prize nominee for brokering peace on Bougainville in Papua New Guinea. He was also New Zealand's Deputy Prime Minister and longest serving Foreign Affairs and Trade Minister. He currently chairs the New Zealand China Council and Regional Facilities Auckland.

Nominees for the annual Awards are evaluated against five main criteria, with a focus on promoting New Zealand internationally, building global connections and facilitating the exchange of information, knowledge and skills from, and about, New Zealand.