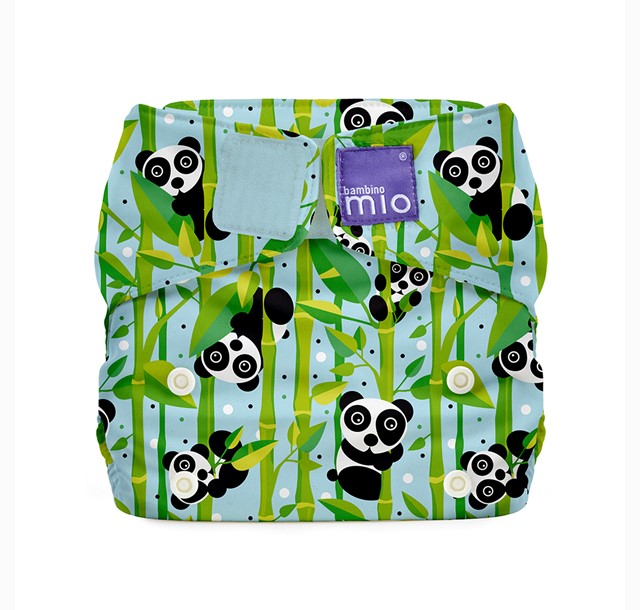 The Pandamonium, Toucan, Bumble, and Hop prints will retail for $39.99 each.

The award-winning Miosolo is a simple and super soft all-in-one reusable nappy which is as easy to use as a disposable.

"When some people hear the word cloth they associate it with bulky material which needs folding, soaking and pins, but these are nothing like that. Miosolo nappies are easy-to-use and soft against baby's skin. Plus, the new prints look really stylish and are universally appealing for both girls and boys," says Mr Wainhouse.

They also reduce waste to landfill, save thousands of dollars, and are free from harmful chemicals present in disposable nappies.

"Around a million nappies are thrown into landfill every day in New Zealand. Parents change a baby's nappy at least 6,000 times by the child's third birthday, this means about a tonne of disposable nappies going to landfill per child.

The Bambino Mio nappy system is continually being improved using the latest technology. The unique all-in-one nappy system is now seen by the majority of parents as the leading mainstream, high performance reusable nappy brand.

Made in England, the new prints are available at www.nappydays.co.nz.