Consistency is everything in the Toyota Racing Series 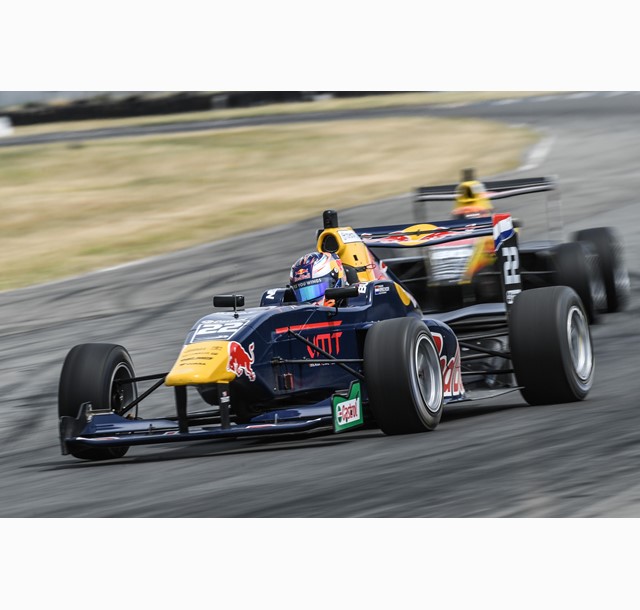 Richard Verschoor, the youngest driver in the field who only turned 16 years old last month showed his elders how it should be done with a third, second and fourth at the opening round at Christchurch.

The Red Bull Junior Team's confidence in the Dutch teenager seems to be well founded at this early stage of his career.

He has a three points lead over Australian Thomas Randle, who claimed fourth, first and sixth places.

Drivers have to count every result up to and including the Grand Prix at Manfeild next month, so will come to Teretonga, determined to learn from their mistakes in the series opener.

Christchurch's Marcus Armstrong won the first race last Saturday, had a third in race two, but then two off track excursions saw him retire with bent front suspension from the main event.

Jehan Daruvala won the Lady Wigram Trophy for the second year in a row, after finishing second to Armstrong in Saturday's opener, but in Sunday morning's preliminary event, he tangled with another driver and did not finish.

Pedro Piquet was sixth in race one and was second across the line in Sunday morning's preliminary event, only to receive a 30 second penalty for too much weaving in defence of that second place when Randle was trying to get past. The penalty dropped him to a lowly seventeenth.

In the same race Taylor Cockerton from Pukekohe thought he had won his first Castrol Toyota Racing Series event, but was penalised ten seconds for jumping the start, which relegated him to fourth. In the opening race he had been fifth. Electrical problems and a puncture blunted his efforts in the Lady Wigram Trophy, where he came home twelfth.

Cromwell based Brendon Leitch had a quiet weekend by his standards, for ninth, sixth and seventh places and like all the others will be looking for higher points scoring finishers in all three races at Teretonga over the weekend.

A full field of 20 cars is contesting the Castrol Toyota Racing Series which will follow a familiar format with free practice each Friday, qualifying and one race on Saturday and two races on Sunday at each round.

Racing continues at Teretonga this weekend and concludes with the New Zealand Grand Prix at Manfeild near Palmerston North on February 11 and 12.