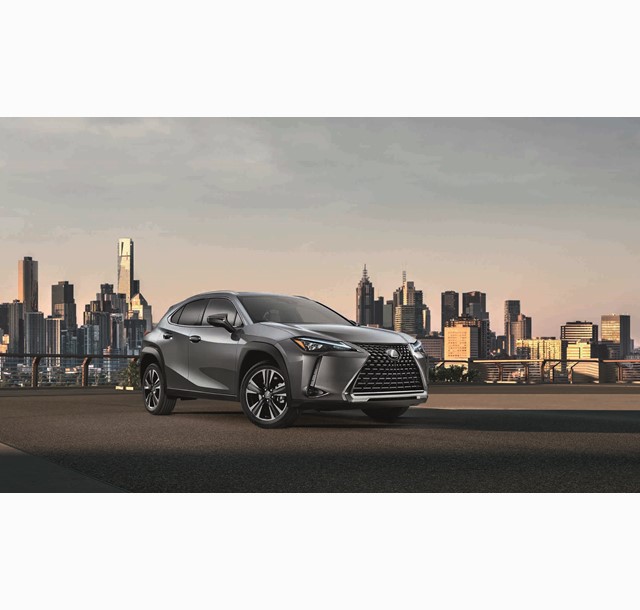 A team headed by Chika Kako, Lexus' first woman chief engineer, has been responsible for developing the UX for younger urban buyers with a unique identity that makes a strong design statement.

"Design is still the main purchase reason for every car," said Chika Kako. "It is the design that promises to the customer what the car can deliver."

The UX is a new gateway vehicle for Lexus with brave design, exhilarating performance and imaginative technology.

The bodywork is notable for the impressively flared front and rear wheel arches clothing a cabin with a driver focused cockpit and an open relaxed space for passengers.

"The design team have created a style with a strong safe feeling that sets crossovers apart from hatchbacks," said Chika Kako. "Yet it has a distinctive driving dynamic. I wanted to overturn the image of a high body and offer a car with the nimble performance and manoeuvrability of a hatchback."

Like all other Lexus models, the UX's unique design elements are inspired by Japanese culture. The leather upholstery showcases sashiko, a quilting technique that is used in making martial arts uniforms.

The dashboard, depending on the grade, features a trim grain finish that is inspired by the grain of Japanese paper, known as washi. Takumi craftsmanship abounds applying subtle human touches to the manufacture of the UX which also embodies Omotenashi - detailed hospitality - to those who enter the UX's cabin.

There will be a choice of two powertrains when the Lexus UX is launched in New Zealand in early 2019.

A fourth-generation self-charging hybrid electric system will feature an all-new two litre four-cylinder engine with 131 kW and continuously variable transmission which is used in the UX 250h.

All wheel drive capability is provided by placing an additional electric motor on the rear axle.

A separate two litre engine will power the UX 200 with a direct shift CVT, which employs a conventional first gear for acceleration from rest and the CVT for cruising.