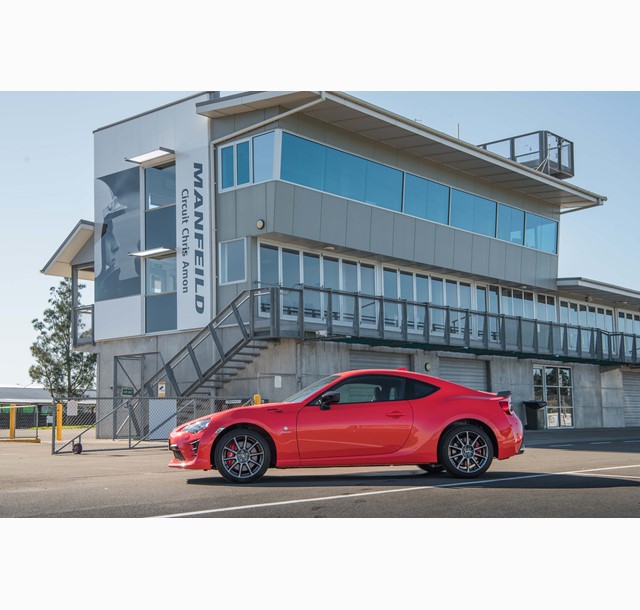 "The updated Brembo brakes and Sachs shock absorbers alongside the new interior features only enhance the already impressive dynamic package of the 86."

"Chris enjoyed driving the 86 and we think he would approve of these changes to make it even better," said Mr Morris.

"Tish Amon has endorsed this limited edition model as a fitting tribute."

Chris Amon, who passed away last year, was a vehicle development and motorsport consultant to Toyota New Zealand for more than 30 years after having once criticised the 1980 Corolla on national television.

He was involved in local assembly until the late 1990s, and played a key role in Toyota's international vehicle testing programme.

Steve Boyce, Motorsport Manager for Toyota New Zealand, says that the Formula One star was also the cornerstone of the Toyota Racing Series in New Zealand.

"His legacy and patronage, both to local and to international protégés, continues through the Chris Amon Edition GT86."

As well as the stunning orange exterior paintwork, the car comes with unique 10 spoke, 17-inch anthracite coloured alloy wheels and a metallic black finish on the door mirrors and rear spoiler.

The Chris Amon Edition GT86 is powered by a two litre "boxer" engine producing 152 kW and 212 Nm of torque.

Named after the classic AE86 Corolla coupe of the 1980s, the GT86 Chris Amon Edition also evokes the spirit of the original Toyota sports model of the 1960s, the 2000 GT.

This limited-edition coupe has unique Chris Amon Edition decals on the boot and front guards and a unique unit number plate in the engine bay.