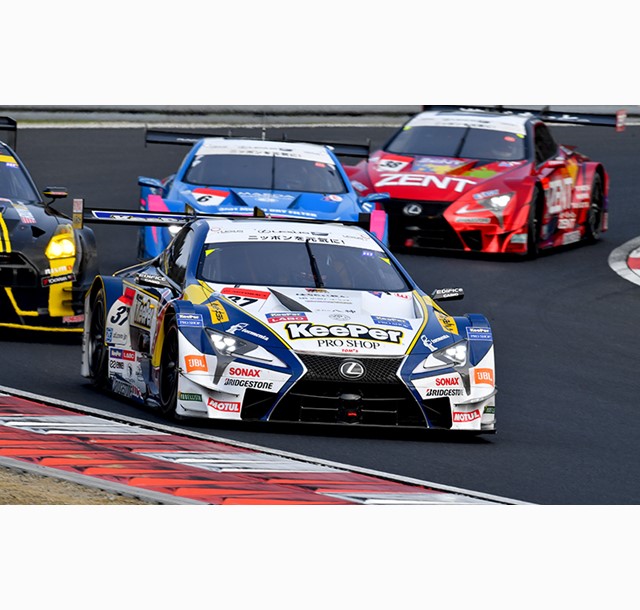 "We knew we had a great chance coming into the weekend, the confidence was there, but the conditions were so different from when we were fastest in testing here."

"I still can't believe that we won. The feeling is simply amazing," said the Aucklander and double Toyota Racing Series Champion. "It's so difficult to overtake here so I attacked from lap one."

Despite flat spotting the tyres with his aggressive overtaking, Cassidy got to the front of the race and held the lead throughout his stint until the mid-race pit stop to change drivers and tyres. Hirakawa briefly lost the advantage, but once all the field had pitted he regained the lead.

After a safety car bunched up the field late in the race, Hirakawa had to fend off a strong challenge from former SUPER GT Champion Andrea Caldarelli to take victory over the 300 kms.

"I'm really happy with my performance this weekend," said Cassidy, who finished fifth overall in the championship in his debut season last year.

Lexus dominated the race, taking the first six places with the new LC 500 on its debut. "The TOM'S team prepared a great car," said Cassidy. The next round of the series is at Fuji in four weeks' time, where Cassidy's car will carry 40 kgs ballast weight for winning.

Other leading finishers will carry smaller weight handicaps as part of the series policy of making the racing close and exciting and not letting any one driver pairing or car dominate the season.

In between, Cassidy will make his debut in the SUPER Formula single seater series at Suzuka in a fortnight's time.