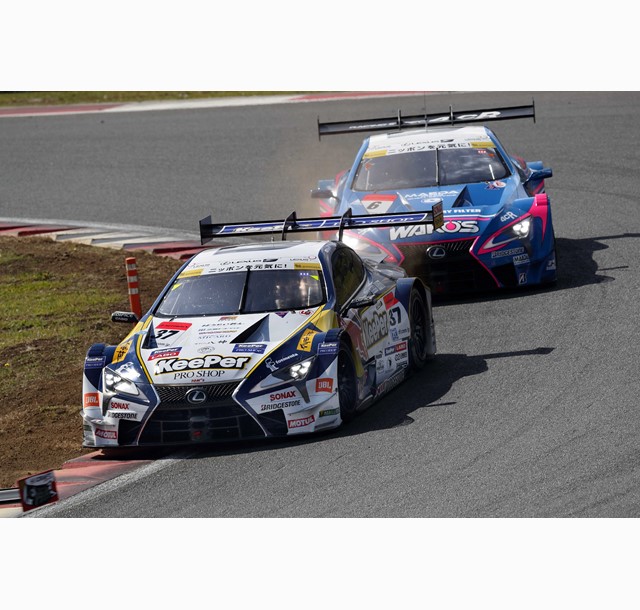 The Aucklander who jointly leads the series with co-driver Ryo Hirakawa will start the next round at Sugo later this month with the heaviest weight handicap and a five percent power deficit.

"The next three races are going to be extremely tough," said Cassidy from his Tokyo apartment. "Apart from the extra weight we've got a five percent fuel restrictor. It's going to be hard to even score points."

The 22-year-old former double Toyota Racing Series champion has had a great start to his second season in SUPER GT - Japan's equivalent to V8 Supercars.

"It's been pretty unbelievable and exceeded my expectations," said Cassidy. Despite the weight and power handicap, Cassidy has given himself the best chance of maintaining his lead in the series.

Recently he completed over 400 laps of testing at Sugo in both the Lexus LC 500 and his Toyota powered SUPER FORMULA car.

"It was at the same time as Le Mans so Ryo was away and I had to do all the driving of the LC 500 by myself."

Initially Cassidy thought he was going to have a quiet June, but teams and the tyre manufacturers have scheduled much more testing than he originally expected.

"We have more testing before the Suzuka 1000 kms," said Cassidy. "That's the most important race of the year and we will still be carrying all that extra weight."

But there is light at the end of the tunnel. "For the last two races, all the weight comes out and it's a level playing field," said Cassidy. "If we can limit our losses to then we might still be in with a chance in the championship."

In the more immediate future Cassidy has the next round of the SUPER FORMULA series at Fuji this coming weekend. He is the leading rookie after finishing third at the last race.

"The expectations are more realistic," said Cassidy. "Kondo Racing is rebuilding and my engineer and mechanics are new to the team. It's been a little bit hit and miss when we've been competitive, so we have to keep learning and be more consistent."

With five rounds remaining in both series, Cassidy will find himself racing virtually every fortnight between now and mid-November.

His calendar is as follows. -