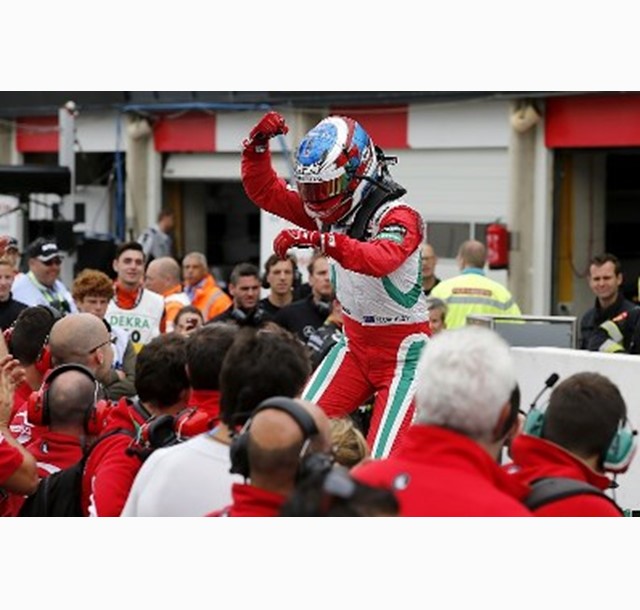 The Former Toyota Racing Series Champion, won the second of the three races held beside the North Sea in sand dunes near Amsterdam.

"I'm overjoyed. Emotion beats result right now!" said Cassidy. "So far, things haven't always been going trouble-free for me this season, which was down to factors beyond my control and also beyond the control of the team."

With two second places in the first and third races of the weekend, Cassidy has climbed to fourth on the points table, just one point behind Englishman Callum Illot.

"Today, I already knew prior to the start that the first corner would probably be my only chance to overtake Callum, who was ahead of me on the grid. After that, my race wasn't easy either, because Maximilian (Gunther) was quite quick behind me. Eventually, it was enough and I am really happy."

Cassidy had claimed pole position for the first race, but 2015 Toyota Racing Series champion and team-mate Lance Stroll overtook him around the outside of the first corner driving Cassidy to concentrate on holding second and keeping his rivals at bay.

Cassidy then started the second and third races from second on the grid. After winning the second race, he was beaten to the first corner by pole sitter Gunther in the third event and made sure of another points scoring podium place.

After showing that he was one of the drivers to compete for the title by claiming three second places in the opening round at the Paul Ricard circuit, Cassidy hasn't always been able to convert his speed into podium finishing results due to various unexpected issues that have cost him valuable points.

"There have been some challenges outside of mine and the team's control which have cost me results, however the pleasing thing personally is that my speed has been consistently strong" said Cassidy.

Canadian Stroll leads the championship with 259 points, while Gunther has 203, with Illot and Cassidy on 173 and 172 respectively.

There are four rounds - and 12 races - at Spa (Belgium), Nurburgring (Germany), Imola (Italy) and Hockenheim (Germany) left in the championship.

Cassidy is also racing in Japan's SUPER GT series where he will drive a Lexus RC F coupe next weekend at Sugo.