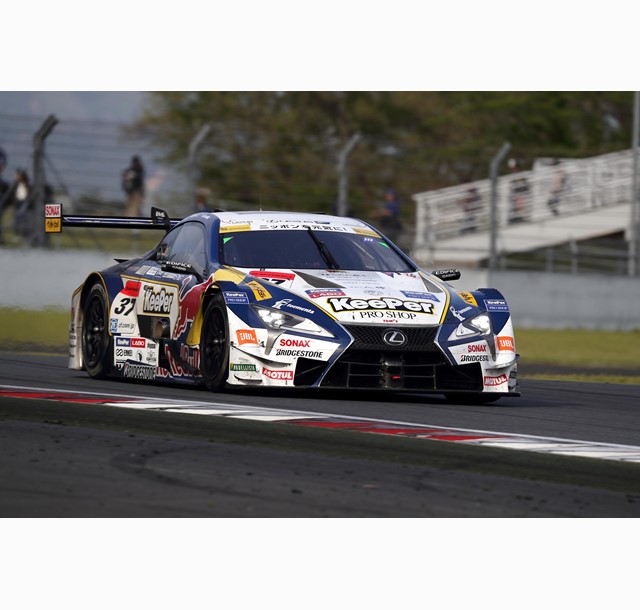 With co-driver Ryo Hirakawa, the Aucklander currently lies third in the series, only two points behind leader James Rossiter and just one point off second place.

The Suzuka 1000 kms is the longest and most important race in the SUPER GT series - Japan's equivalent of the Bathurst 1000 kms. Cassidy finished runner-up in the race last year in his debut season. A Crowd of 120,000 people is expected on race day.

Cassidy and Hirakawa won the opening round of this year's championship back in April and a string of consistent results have kept them in contention for the title, despite having weight added to the car and fuel flow restrictions as a form of handicapping.

"From the championship point of view, I think we are in a reasonable position," said Cassidy. "A couple of our rivals are now carrying more weight and have a greater fuel restriction."

The 2.5 per cent fuel restriction often means at least half a second a lap slower in times.

"But for this race there are still a couple of fast cars with less weight."

Following the Suzuka race, all the weight and fuel flow restrictions are removed from the cars for the final two rounds of the series.

At Suzuka, cars must make at least five pit stops to change drivers, tyres and refuel, but they are not allowed to pit during any safety car periods.

"I'm not a fan of it," admitted Cassidy. "If you pit just before a safety car period you can usually get an advantage. It means the races are sometimes a bit more about the luck of the draw, rather than team and driver strategy."

Cassidy warmed up for Suzuka by finishing fifth in the latest round of the SUPER FORMULA series at Motegi last Sunday in a race dominated by tyre strategy.

He qualified fifth only 0.141 seconds away from pole position. Electing to start on medium compound tyres he slipped back to eighth as drivers on soft tyres took advantage of their greater grip.

"I was really wrapped with the weekend," said Cassidy. "The competition is very close and the Kondo team I am driving for has never been this competitive. If I can improve my starts we should be able to do even better."

Once everybody had pitted and changed to the opposite tyre from that used at the start of the race, as the rules required, Cassidy improved to fourth with the greater grip he had from his soft tyres. He lost one place in the closing laps to a driver who had pitted much later in the race and had fresher soft tyres.

Cassidy lies ninth in the series and third in the Novice championship in his debut season in Japan's top single seater cars.