Bussing fastest way to get to work in Commuter Challenge 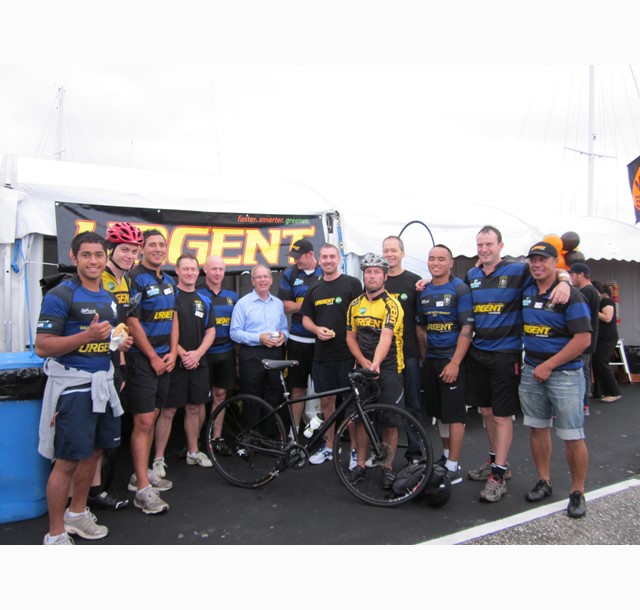 The Urgent Couriers event puts bikes, cars and buses to the test in a commuter race during peak-hour morning traffic.

Competitors for each mode of transport departed from Onehunga, New Lynn, Ellerslie and Birkenhead at 7:15am, racing to Auckland's Viaduct Harbour.

A bus from Auckland's North Shore ridden by Tyrone Campbell was the first challenger across the finish line, with a travel time of 20 minutes.

Second place went to a Craig Wright, who arrived by cycle from Ellerslie after 23 minutes, closely followed by a car user who also departed from Ellerslie and arrived in 24 minutes.

Urgent Couriers' managing director Steve Bonnici says the event, in its fourth year, has once again proved that public transport is the most efficient way for Auckland CBD workers to get to their jobs.

"It's tempting to take the car to work, especially on rainy days, but even taking the bus or biking to work once or twice a week can make a difference, not only to help reduce Auckland's traffic congestion, but also to the environment and personal fitness.

The last to arrive at the destination, with a travel time of 51 minutes, was Willi Uili who rode a bus from Onehunga, which stopped at almost every bus stop between the suburb and the city.

The Commuter Challenge and the Go By Bike Breakfast are both part of Bike Wise Month.