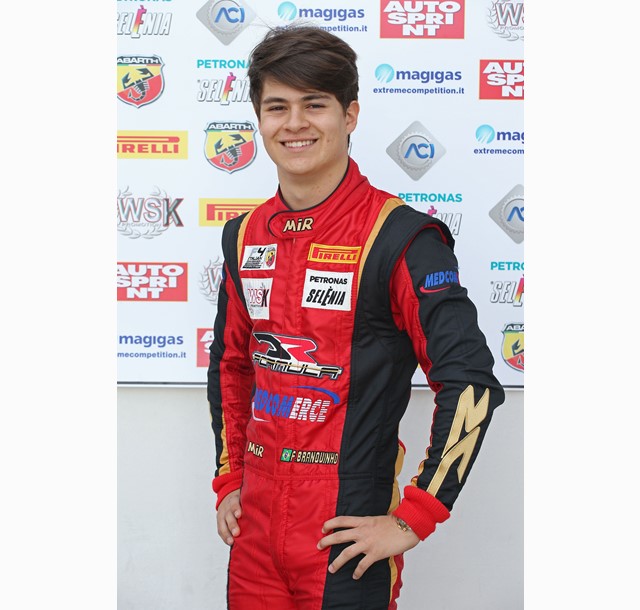 He follows in the foot steps of Pedro Piquet, who has competed in the championship for the last two years finishing fifth in 2016 and runner-up last summer.

The Baptista cousins, Bruno and Rodrigo raced here two summers ago, while at the start of this year Christian Hahn also flew the Brazilian flag.

Branquinho, from Goiania 150 kms south west of the capital Brasilia, has completed two seasons of single seater racing, contesting ten of the 16 events in the Brazilian Formula 3 series in 2016, where he finished 12th overall.

This year the 17-year-old has raced in the Italian Formula 4 championship, which was won by Christchurch's Marcus Armstrong. Branquinho was 14th overall in the Italian series, held over 21 races at seven rounds.

Like most young single seater drivers, Branquinho started his career in karting, competing both in Brazil and the United States between 2009 and 2015

Branquinho will use the same Tatuus single seater as every other driver in the series. It is powered by a 1.8 litre Toyota engine producing about 145 kWs running on an 85 per cent ethanol bio-fuel.