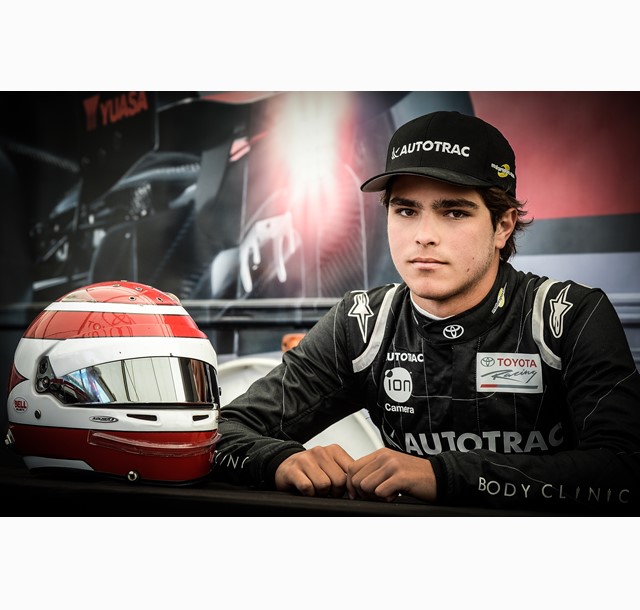 The 18 year-old Brazilian was one of the stars of last summer's racing which picks up again at Ruapuna near Christchurch on January 14 next year.

Going into the final round he was the only driver who had a chance of toppling the eventual champion, Britain's Lando Norris, off the top of the points table.

Heading into the final he had won two races, including the prestigious New Zealand Motor Cup at Hampton Downs. The trophy dates back to 1954 and used to be awarded to the winner of the New Zealand Grand Prix, when it was held at Ardmore and Pukekohe.

Piquet had also scored five other podiums in the first four rounds.

Unfortunately, Piquet had his worst weekend of the five-round, 15-race series and dropped from second to fifth in the final standings.

He headed off for a season of racing in the FIA European Formula 3 Championship,  but  only managed to finish 19th overall in the 30-race series.

He showed a glimmer of form earlier this month when he finished ninth at the Macau Grand Prix, a race that attracts all the top junior formula drivers in the world.

"I am looking forward to getting back down to New Zealand to rediscover the speed and consistency I had there last summer," said Piquet. "It's a great series to prepare myself for a second season in FIA Formula 3 in 2017."

Piquet will again drive for the Hamilton-based M2 Competition team and use a Tatuus single seater, powered by a 1.8 litre Toyota engine producing about 160 kWs running on an 85 per cent ethanol bio-fuel. All cars use the same Michelin tyres, gearbox, suspension and brakes to provide as close as racing as possible, with driving skill being the deciding factor.

A full field of 20 cars will compete in the Castrol Toyota Racing Series which will follow a familiar format with free practice each Friday, qualifying and one race on Saturday and two races on Sunday at each round.