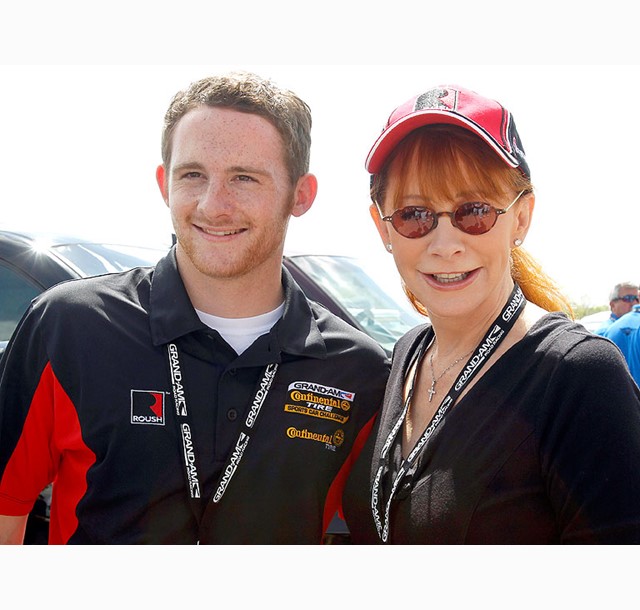 He has instead chosen to follow a motor racing dream that has led him to the Castrol Toyota Racing Series, beginning at Ruapuna near Christchurch on 14 January.

26 year-old Shelby hails, unsurprisingly, from Nashville, Tennessee and has completed five seasons of single-seater racing in the United States. Ruapuna will mark his international debut.

Despite growing up in the world of country music, Shelby was drawn to motor racing while attending university when he spent a day at the Bob Bondurant Driving School in Arizona.

Blackstock finished eighth in his first season of Formula 2000 in 2012. Over the next two years, he competed in the Pro Mazda Series finishing third and fourth consecutively in the championship. He gained 12 podiums and one win over that period.

Since the beginning of 2015, Blackstock has raced in Indy Lights, the series one step below the Indy Car series. He finished tenth in 2015 and eighth this year.

"I'm very excited to be racing in the Castrol Toyota Racing Series and to have the pleasure of returning to New Zealand! I have travelled there a couple of times and absolutely loved everything about the experience," said Blackstock.

"I've been told great things about the Toyota Racing Series - how stiff the competition is and the amount of seat time offered. The car will be quite different to what I'm used to driving, but similar to cars I've driven previously in my career. Driving in the Castrol Toyota Racing Series will keep me race-fit for the Indy Lights season in 2017."

Blackstock will drive for the Nelson-based Victory Motor Racing team and use a Tatuus single seater, powered by a 1.8-litre Toyota engine producing 145 kWs running on an 85 percent ethanol bio-fuel.

All cars use the same Michelin tires, gearbox, suspension and brakes to provide as close as racing as possible, with driving skill being the deciding factor.

A full field of 20 cars is expected for the Castrol Toyota Racing Series. The format will be familiar: free practice each Friday, qualifying and one race on Saturday, and two races on Sunday at each round.