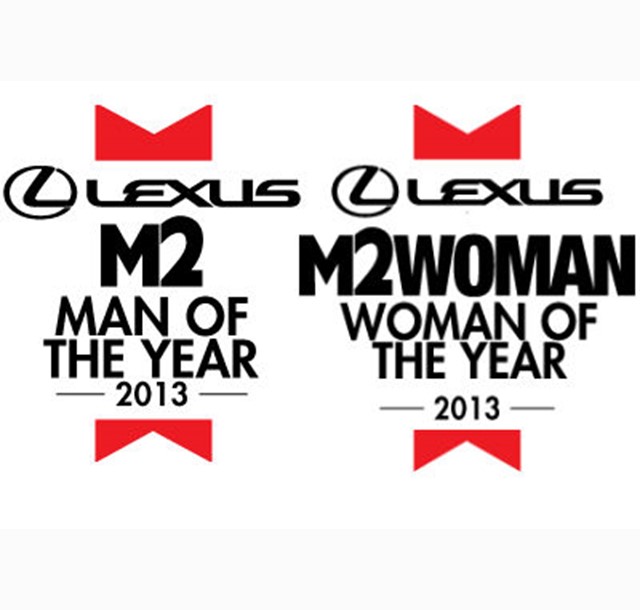 Lexus M2 Man of the Year Dean Barker has been an inspirational figure for many New Zealanders this year, leading the country's hopes as skipper aboard Emirates Team New Zealand in the 34th America's Cup.

His stoic approach and cool head which saw the team race away to a remarkable series lead, and his humble nature following a heart-breaking loss to the American syndicate are traits that made Barker a popular choice for voters, says M2 editor Andre Rowell.

"Dean is a tough competitor and his strength of character is a true reflection of the exceptional man he is. He fought hard on the water and although he didn't quite get the result, he kept his chin up and remained dignified in the loss.

"New Zealanders identify strongly with these very 'Kiwi' traits and are proud of the way he has represented the country," says Mr Rowell.

It has been an exceptional year for Man Booker Prize-winning author and Lexus M2woman Woman of the Year Eleanor Catton, adding yet another award to her ever-growing list of accolades.

"Eleanor's passion, her vision, her drive and determination to succeed are an inspiration for all New Zealand women striving for success and overcoming hurdles. At just 28, we can expect an amazing future from Eleanor," says M2woman Magazine editor Heloise Garrity.

Catton's achievement in taking out this year's accolade is all the more impressive given the remarkable calibre of finalists for the Lexus M2woman Woman of the Year, with global pop sensation Lorde, world and Olympic champions Valerie Adams and Lisa Carrington, and businesswoman Leanne Graham also nominated.

Barker and Catton join an illustrious list of outstanding New Zealanders to be named the Lexus M2 Man and Woman of the Year, with past winners including Geoff Ross, Rt. Hon. John Key, Marc Ellis, Scott Dixon, Dan Carter and Sophie Pascoe.

Exclusive interviews and photo shoots of the winners, plus coverage of the star-studded awards ceremony with guest speakers Paul Henry, Sean Plunket, Ray Davies and Andrew Clay, are all in the January 2014 issues of both magazines - on sale 9 December 2013.