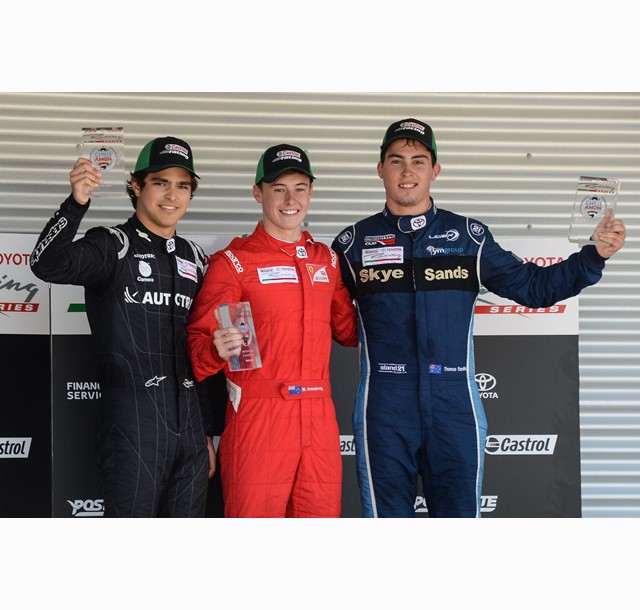 Fastest qualifier Thomas Randle (Australia) slid wide on the second corner and Armstrong who had started third took his chance.

Invercargill's Brendon Leitch who had a great start from fourth to grab second behind Randle, also slid wide at the same place.

"There were no oil flags," said Randle. "I don't know if it was oil or whether the track was breaking up, but it was really dirty and I was the first guy to arrive and had no chance."

Sixteen year old Armstrong made the most of his opportunity. "I saw what happened to Thomas and managed to avoid doing the same thing."

The race was stopped after four back markers went off at the same place.

Armstrong then controlled the race from the re-start, fending off Randle and then Pedro Piquet (Brazil) after he had got past Randle when the Australian again got on the "marbles".

"That was a lot harder than my win at Ruapuna," said Armstrong. "I almost went off twice. If you went off line you were history. I just tried not to take any risks."

Armstrong has moved up to fourth in the series with the win, overtaking Jehan Daruvala (India) on the points table. Daruvala who had started on the front row of the grid, but went wide in the first corner came home 14th.