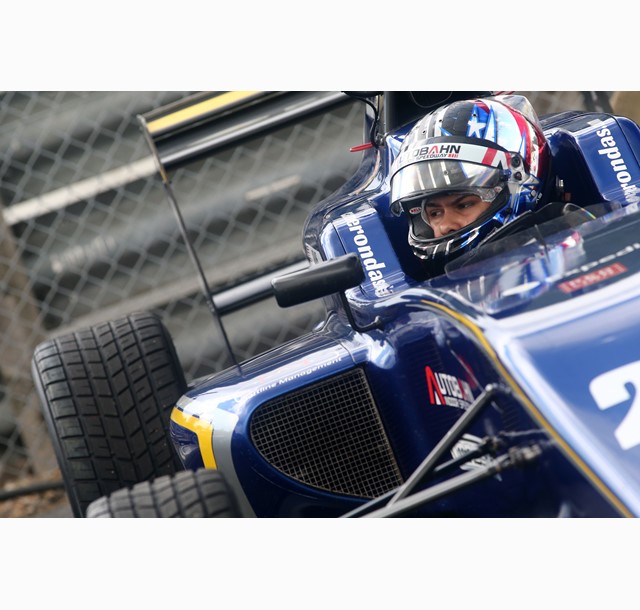 Das showed some promise and won some local kart events that year. In 2015 he dipped his toe in the water of single seater racing in Formula F and Formula Lites competition with more success.

With support from his parents, he did the full season of the inaugural Formula 4 United States Championship, taking nine wins in the 15-race series. He also had fourteen fastest laps and started from pole position eleven times.

That led to a full season in the United Kingdom this year where he finished fifth in the British Formula 3 Championship on tracks he had never seen before, scoring a win, seven podiums and four fastest laps. He also took four pole positions and set the new track record at Donnington Park.

"Three years ago, I didn't watch motor racing. I didn't understand it," said Das. "For me to get to this level so quickly, it certainly surprised everyone."

"I was content with staying average in sports and games at school, but basically, the first time I went in an indoor kart, I had the competitive bug."

Das will use the same Tatuus single seater as every other driver in the series. It is powered by a 1.8 litre Toyota engine producing about 145 kWs running on an 85 per cent ethanol bio-fuel.