Age no barrier to oldest mechanic in Toyota Racing Series 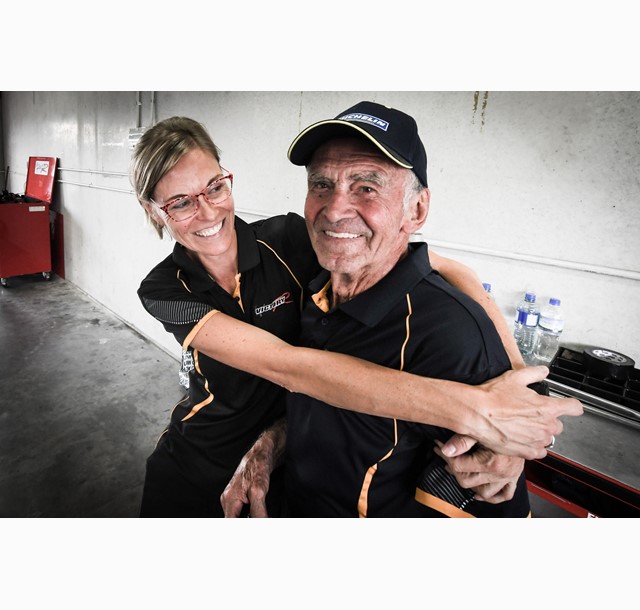 The 80-year-old is the most senior mechanic in the pit lane for the five round Castrol Toyota Racing Series which is at the Bruce McLaren Motorsport Park at Taupo this weekend.

In a motorsport career spanning more than 60 years, Mo (real name Maurice) has worked in Britain, North America and New Zealand. This year is his fourth on the TRS circuit, working with the Nelson based Victory Motor Racing.

Twelve months ago, he took real pleasure in helping prepare the car which Australian Thomas Randle won the championship in. "He was a real racer," said Mo. "He knew what he had to do to win the title and really turned it on at the Grand Prix."

At Victory, he works alongside his daughter Teena, who was the Canadian Formula 2000 champion as a 17-year-old. She organises Victory's logistics, makes sure everybody knows what is happening when, looks after the team's social media and keeps them fed.

Mo's first step in motor racing was racing a Humber 80 in the early 1960's against the likes of Doc Langley and Dennis Marwood. He had a good example to follow, having attended the same school at Pongakawa in the Bay of Plenty as 1967 Formula 1 World Champion, Denny Hulme.

Like a lot of young Kiwis, he went to England in 1964 and then onto Canada before returning home in 1972. It was back to Canada in 1978, where he has been based ever since.

But while he is physically capable of working on race cars he reckons he will keep doing it. "I'm not on any medication, like a lot of other people my age. It keeps me young."

In the pits he sees part of his role as mentoring the younger mechanics.

In North America Mo spent many years working in Indy Lights as a chief mechanic, most notably for Brazilian Cristiano da Matta who won the title in 1998 and went onto victory in the CART series and a drive in Formula One for Toyota.

He also spannered cars for Paul Tracey - who raced in New Zealand during the Formula Pacific years - and the son of Al Unser Jr.

In a varied career Mo also worked for teams running Formula Fords and Camaros in the Tranzam Championship.

Most recently he has worked for Kiwi Motorsports in Formula 4 in North America. That team was set up by daughter Teena and Gary Orton of the Victory team.

Mo has no intention of stopping either. "It keeps me going."