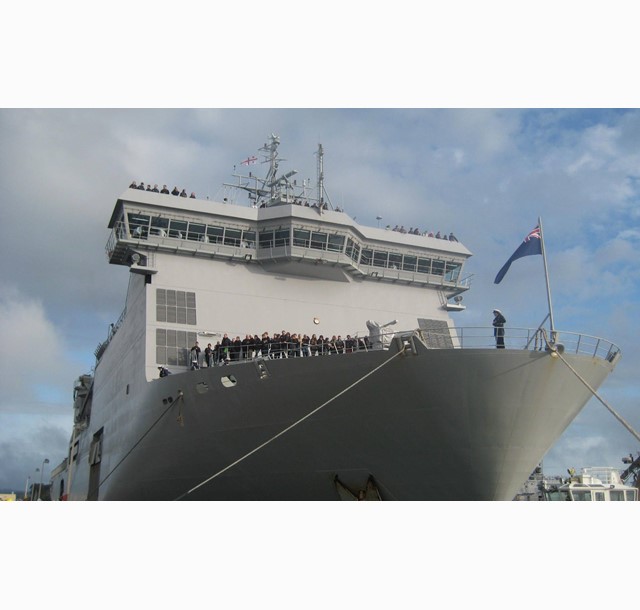 The 30, from all over New Zealand, were selected in May to take part in the 12-day journey to continue Sir Peter Blake's legacy of inspiring the next generation of leaders, adventurers and environmentalists.

"The Expedition has provided a chance for our most dynamic teenagers to experience a globally significant environment first-hand and contribute to scientific knowledge, all while developing confidence and leadership capability," says Shelley Campbell.

During the past 12 days, the 30 students contributed to New Zealand's scientific knowledge by helping with shark tagging, dolphin DNA sampling and foliage collection. They observed the Kermadecs' unique flora and fauna, and learnt about one of New Zealand's little-visited northern outposts.

While away, student voyager Felix Bornholdt described through the Expedition blog the uniqueness of the Kermadecs: "The sense of space and isolation is a huge presence here, it is both humbling and somewhat surreal to be in a place like this and you often find that you need to remind yourself that you're moored off an island, 1000 kilometres away from civilization and sitting on top of a 10-kilometre deep trench."

The students were joined by 26 crew members - an outstanding group of leaders in environment, government, business and science. On board the expedition were also teams from the Department of Conservation and the Royal New Zealand Navy.

Marine Geologist Helen Bostock brought home samples of pumice from the 463 kilometre by 55 kilometre raft of pumice pieces the ship came across two days into the journey. The samples will be given to Niwa to examine. The pumice is believed to be from New Zealand's third erupting volcano - the undersea mount Monowai.