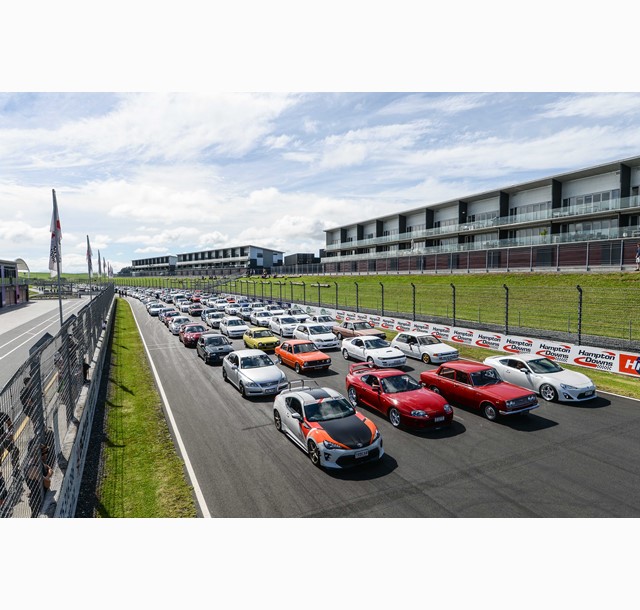 Kicking off on the Friday evening at the National Motorsport Museum, 'Talks with Toyota' gives attendees the chance to meet Toyota ambassadors including Marc Ellis, Dave Dobbyn and Dr Michelle Dickenson, Co-founder and CTO of Nanogirl Labs.

"Each year we have seen more people and their vehicles attend the Festival," said Andrew Davis, the General Manager of Marketing for Toyota New Zealand. "The variety of models they bring along seems to increase every year. And with the passing of time we inevitably are getting a small number of older and increasingly rare models."

"It's our way of saying thank you to the wider Toyota family for supporting us and giving something back to them."

Now in its sixth year, the Toyota Festival has become an annual highlight for enthusiasts of the company and its vehicles.

Saturday will feature the opportunity for participants to do exclusive laps of the Highlands circuit in their own Toyota. There is also the chance to enter the "Show & Shine" competition, in a number of different categories.

For those with more competitive instincts a Gymkhana time challenge will again be held. The fastest time in several different classes around a tightly coned course gets a chance to win prizes.

Toyota 4x4 owners will get a rare opportunity to drive up into the Central Otago high country on the last day of the Festival. Four and a half hours of driving is planned - split by a lunch break - on a high-country station with the unique "Central" landscape and stunning views.

A Toyota Racing Series Simulator will also be set up and the top three fastest laps will be into win their share of $500 worth of prizes.

The Festival started in 2013 in support of an 86 Owners Club and MR2 Club track day and expanded in 2014 to cater for all Toyota owners. Alternating between the North and South Islands it has quickly grown to be the biggest individual marque track day of the year in New Zealand.

Registration for any of the events is a must, as most are now limited by numbers. There is free entry and parking for all who attend.

For more information and to register go to: https://www.toyota.co.nz/festival