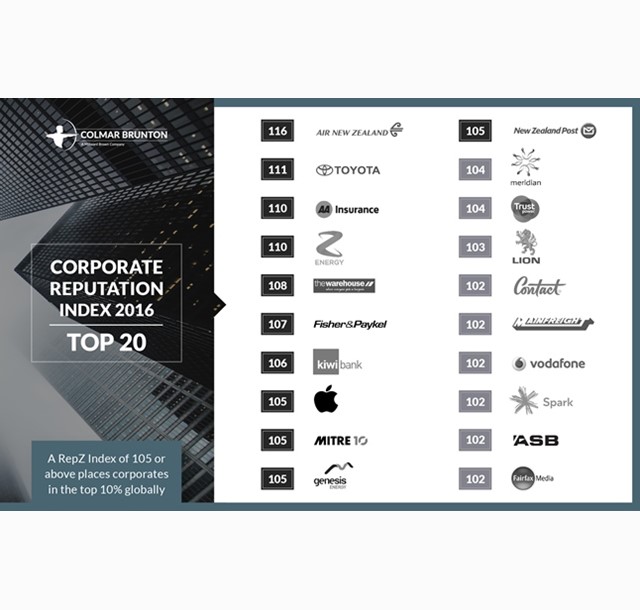 The 2016 Colmar Brunton Corporate Reputation Index, published today by the National Business Review, shows that while corporate reputation is a global issue, there is a distinct formula for winning over New Zealand consumers.

The index, developed in partnership with Wright Communications, is the only one of its kind in New Zealand and features the top corporates in this country by revenue.

Air New Zealand has maintained its position as the country's most reputable company, ahead of Toyota, the top-selling car company in New Zealand.

The survey uses the RepZ model, created by Colmar Brunton's international parent company, Millward Brown, which measures companies across four categories -  responsibility, fairness, success and trust.  It is adjusted to the preferences of each country and if you want a good reputation in New Zealand, trust is the most important factor.

Trust measures not only whether a company can be trusted but whether it has a positive influence on society and is honest and ethical in the way it conducts business.  In New Zealand this pillar accounts for 37% of the total, compared to only 16% internationally.

However, Kiwis place much less emphasis on fairness (fair pricing), which makes up only 20% of the index here compared to 32% globally.

They are also less concerned about leadership/success, which includes being first to market with new products & services and offering investors a good financial return (27% compared to 35% globally).

Responsibility (treating employees fairly, environmentally responsible) was in line with the global average.

A lesson from the Colmar Brunton Corporate Reputation Index is that if Kiwi companies want to improve their reputation, they need to understand the values of New Zealand consumers and incorporate that into their business strategy and communications.

Air New Zealand already understands this: it scored a whopping 122 points in the trust category, nine points ahead of the next best company (Toyota, with 113).  This helped it overcome a less stellar fairness score of 105.

The Warehouse had a solid increase in its trust rating from 102 points to 106, lifting it into the top 10 companies overall.  The retailer already performs well in the fairness stakes, reflecting its reputation for affordable pricing.

Supermarket owner Foodstuffs went in the opposite direction, tumbling from 11 to outside the top 20.

The survey suggests emphasising honesty and ethics (and practicing what you preach) is the surest way to rise up the reputation ranks in New Zealand.

Implementing a comprehensive Corporate Social Responsibility (CSR) programme is one way of achieving this.

Also, while competitive pricing may be important at point of sale, higher prices don't seem to hurt your company's overall reputation as much in New Zealand as they might overseas.

This suggests pricing might be better addressed in sales and marketing rather than communications, where the other three pillars should be the main areas of focus.

Understanding what Kiwis admire in a company is crucial, with research from Colmar Brunton showing corporate reputation is strongly related to sales performance.

Three out of four consumers would buy from companies with a RepZ score of 105 or more, but fewer than half (46 per cent) would consider buying from a company with a weak reputation of 95 and below.

Dr Chris Galloway, Head of Public Relations at Massey University, says reputation is "neither a fad nor a passing concern" and some international insurance companies have reported it as a top worry for executives globally.

"But how do you deal with something that while recognised as a vital resource, is essentially intangible? You can't manage reputation (if you can 'manage' it at all) the same way you manage a production line or a set of physical assets," he says.

In the social media age, reputation is arguably harder to earn and easier to lose than ever.  Reputation is now a risk in and of itself, rather than a by-product of something else that has gone wrong for the company.

The risk depends largely on the values of your customers and the wider society you operate in, and the Colmar Brunton Corporate Reputation Index gives an unparalleled insight into the Kiwi psyche when it comes to corporates. 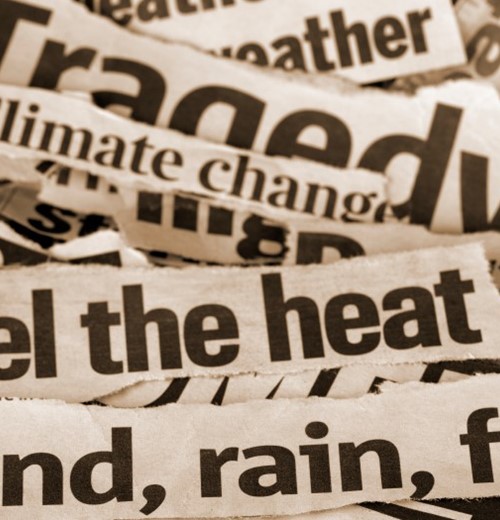 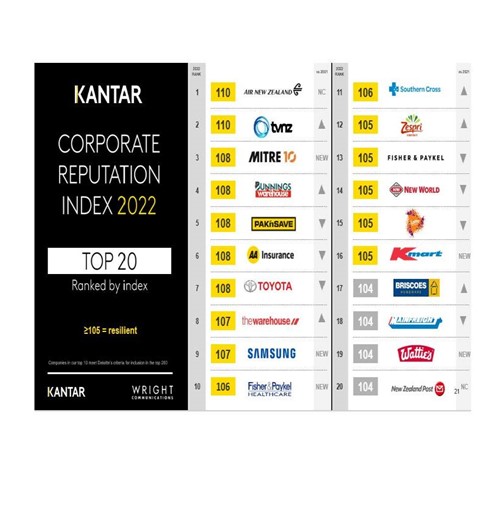