The new standard for sustainability 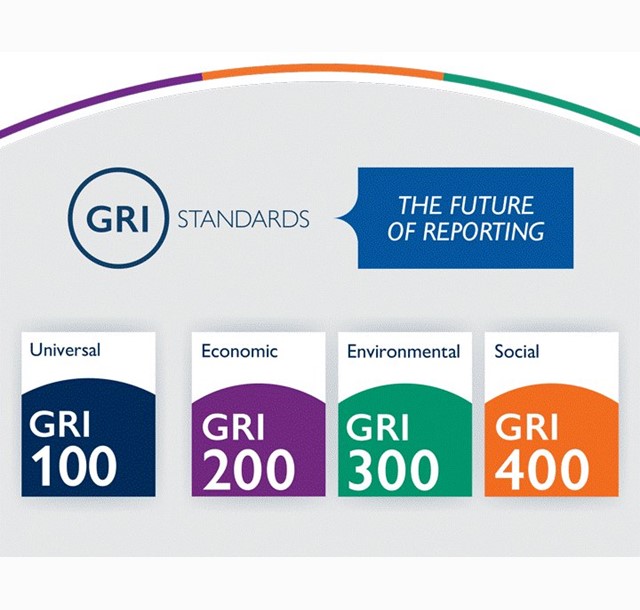 One of the challenges of modern-day life is making a choice between all the different options available. When you go to the supermarket there are hundreds of wines and breakfast cereals and dozens of most other products to choose from. For years, businesses looking to be responsible corporate citizens have faced a similar dilemma: which of the sustainability reporting standards should they use?

Sustainability reporting is a major part of Corporate Social Responsibility (CSR), but what should a sustainability report look like? The answer may differ depending on which company you work for, which industry you operate in and which reporting standard your organisation uses.

Just as your CSR programme will evolve over time, the process for reporting on sustainability is constantly being refined and updated. Not only that, but different organisations have come up with their own approach, which means there can be several competing standards in the market. And you thought choosing between Marmite and Vegemite was hard!

The GRI standards are the world's most widely used framework by businesses reporting on a range of economic, environmental and social impacts. Their introduction is timely as the NZX looks set to update its Corporate Governance Code to include sustainability reporting requirements for listed companies.

If your organisation is listed on the NZX, you need to be prepared. If you are not already doing sustainability reporting, make it your mission in 2017 to start.  If you traditionally dedicate a couple of pages in your Annual Report to "sustainability", "environment" or "community" consider applying a more robust approach.

There is a chance NZX could recommend the use of GRI, so if you already use it or start using it now you will be compliant from day one. Regardless of what the NZX decides, listed companies should follow best practice in all their reporting and disclosure and the GRI standards are the most trusted and widely used worldwide.

Even if you are not a listed company, sustainability reporting is a great way to measure your economic, environmental and social impacts. The GRI standards are the clearest and most effective reporting tool for doing so. Here is a short video explaining why.

The content has been separated out into a series of modular standards, allowing for individual standards to be updated without the need to revise all of them. There are three universal standards all organisations use, as well as three series of standards covering economic, environmental and social impacts.

There are 33 topic-specific standards in total, but don't panic, as you probably won't have to do all of them. This is because one of the themes of the GRI standards is materiality, which means individual organisations identify the material issues and use them to work out which standards are relevant to them, just like the Specific Standard Disclosures in G4.

One of the areas where the GRI standards show improvement over the G4 standards is in the language used, which is in several cases much clearer and in 'plain English' compared to the predecessor.

The GRI standards also feature clearer guidance on the 'boundaries' for topics. This concept was introduced in G4 to ensure organisations reported on impacts up and down the value chain, not just those directly caused by their own organisation.

Jackie Allender, a Senior Consultant at the Australasian Centre for Corporate Social Responsibility, has written a useful summary of the new GRI standards at the organisation's website.

What organisations need to be aware of is that the GRI standards will replace the G4 standards from 1 July 2018. This means that even if you decide to start or continue with G4, you will need to go through the hassle of changing over in under two years' time.

Wright Communications expects that New Zealand's Integrated Reporting framework <IR> reporters are likely to want to combine Integrated and GRI formats in a single document. This is certainly possible and the earliest examples of integrated reporting published so far here have used GRI in the development of their integrated reports.

With all this in mind, choosing the GRI standards for sustainability reporting really is a no-brainer. Marmite vs Vegemite, on the other hand…